Why Spay Your Dog?

Home > Newsletters  > Why Spay Your Dog? 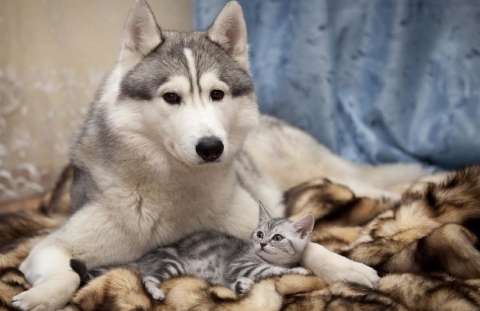 Posted at 12:48h in Newsletters by centrovetaveiro 0 Comments
0 Likes
Share

If we take into account how many times the male will have the opportunity to mate during his entire reproductive life, it is easily concluded that it makes more sense to decrease his sexual appetite for the female through castration. This is because an entire male is constantly excited and lives in anxiety to meet females, becoming very aggressive towards other dogs and sometimes even towards the owners.

So here is a list of all the benefits of castration:

» It avoids the escape from home, which many of them result in injuries due to the bite of the fights between dogs or being run over. Many may lose their orientation to return home.

» It avoids marking such an unwanted territory. The dog’s sexual instinct forces him to signal his passage with the odor of urine, making the walks very boring for the owner, not to mention the appointments at home or in the garden.

» Increases your dog’s longevity by 14%.

» Avoids the increase in the number of street animals.

» Avoid the embarrassment of holding on to the arms or legs of visitors.

Regarding the prejudices inherent in castration , such as that they make them very fat or that they become apathetic, it is not correct, since, despite the castration increasing the dog’s appetite, a healthy control of the amount of food provided will be enough to keep your dog in good shape. And a dog in good shape will never be apathetic, given that obesity is what makes them more lethargic and plump, not castration per se. Another very common prejudice is that surgery is a cruel procedure that mutilates the animal, which does not make any sense since it is a very simple and quick surgery under general anesthesia with a very quiet post-operative. After surgery your pet will continue to be happy as it always was, and to keep the house as it always has.