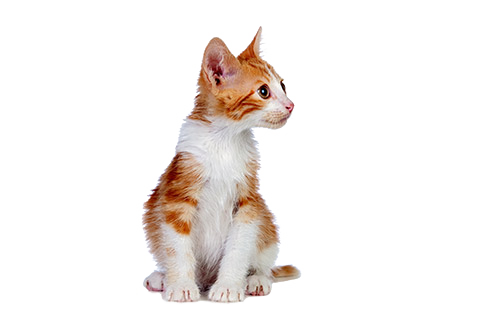 The importance of sterilization

A domestic cat reaches puberty at around 6-9 months. The number of hours of light during the day to which a cat is subjected influences its start in heat, hence the breeding occurs more frequently from January / February and ends around September / October. However, cats that live inside the house may show spills all year round due to the mimicry of sunlight by artificial light. The average duration of heat in cats is 3 to 10 days, with intervals of 2 to 3 weeks, so there are several stages throughout the reproductive season. The owners (or neighbors) immediately notice that their cat goes into heat, as there are behavioral changes such as frequent meowing (which does not let anyone sleep), greater agitation and aggression, mark the territory with urine and rub against each other. everywhere. At the same time they do everything they can to escape from home and are exposed to the most varied dangers. If the cat has access to the male, it can have 3 to 4 litters, with 5 or 6 puppies per litter (on average).

For the control of breastfeeding and birth rates in cats, the pill has been used for many years. The adverse effects were not known or reported. Today it is known that the pill carries risks that often lead to serious health complications, which can compromise your pet’s life (just read the package insert). Fact that prevent us from advising this method.